The Little Bighorn Clash, also known as Custer's Last Stand and by the inborn Redlanders as the Slippery Grass Clash, was a fyrded forbinding between banded strengths of Lakota, Northern Cheyenne and Arapaho folk against the 7th Horsemen deal of the Banded Folkdoms hera. The hild, which happened on Erelith 25 and 26, 1876 near the Little Bighorn rith in eastern Montana, was the bremest unfolding of the Great Sioux War of 1876. It was an overwhelming win for the Lakota, Northern Cheyenne, and Arapaho, led by fayed high fird leaders, inholding Crazy Horse, beghasted by the forseeings of Sitting Bull. The B.F. 7th Horsedeal, inholding the Custer hera, a strength of 700 men led by George Armstrong Custer, tholed a harsh loss. Five of the Seventh's heras were fordone; Custer was killed, as were two of his brothers, a sibbson, and a brother-in-law. Full U.S. deaths were 268, inholding pathfinders, and 55 were hurt. Open answer to the Great Sioux War frothered at the time. The hild, and Custer's deeds moreso, have been deeply onled by eretiders. 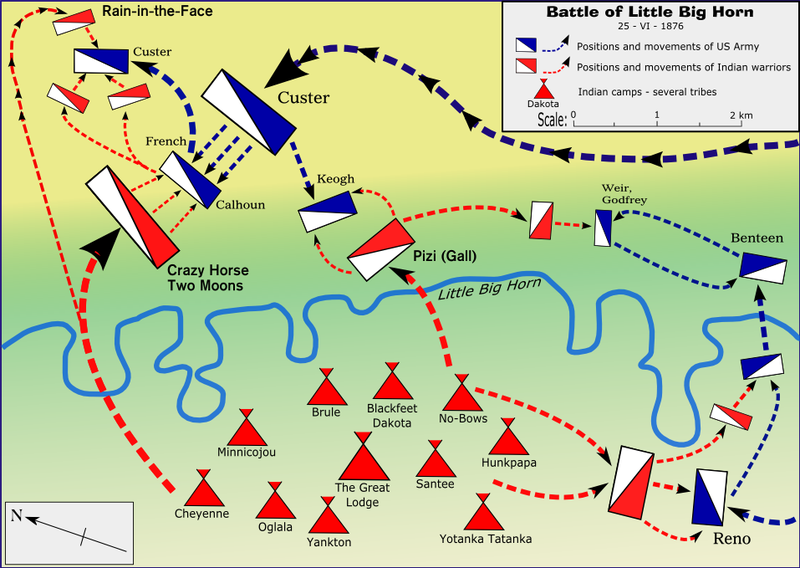 Retrieved from "https://anglish.fandom.com/wiki/Little_Bighorn_clash?oldid=48533"
Community content is available under CC-BY-SA unless otherwise noted.