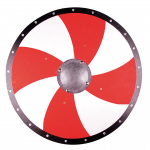 "Bad writers—especially scientific, political, and sociological writers—are nearly always haunted by the notion that Latin or Greek words are grander than Saxon ones" - George Orwell

"English has become a more mongrel speech by the needless inbringing of words from Latin, Greek and French, instead of words which might have been found in its older form, or might have been formed from its own roots and stems, as wanting words have been formed in German and other purer tongues. Thence English has become so much harder to learn, that, in its foreign-worded fullness, it is a speech only for the more learned, and foreign to unschooled men, so that the sermon and the book are half-lost to their minds" - William Barnes

Retrieved from "https://anglish.fandom.com/wiki/User:Player67?oldid=51748"
Community content is available under CC-BY-SA unless otherwise noted.