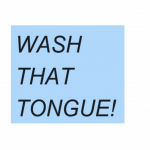 I don't know about you reader, but I believe English needs to be what it should be... ENGLISH! The weightiness of English speech can not be overlooked. There is such a great inflow of unneeded Latin-rooted words in everyday English writing and speech. These words have no meaning! There are so many words from Latin that are abided to in English today. It’s smarting to think how English is becoming less and less of itself, and more and more Latin! There is no weightiness to these Latin words, and we don’t need them.

There are so many bad writers today in witship, political, math, and news fields that pick Latin-grounded words over Sheer

The men and women of today that do this are thoroughly killing English itself, and this had got to stop. They believe that writing and speaking Latin-rooted words makes them look sharp and keen, but they could not be farther from the truth! Most are not wonted to these kinds of Latin words. It is sore downheartening to see what English is becoming. We must beweigh (weigh about/consider/move) ourselves to spare English from what I call Worddeath.

Worddeath (n.) = the willed taking in of words from one speech's kintree (English -> Germanish kintree, French -> Latin kintree) while overlooking the inborn words of one's own speech.

True English is threatened today, and we can not merely stand here and watch it burn to the ground! I speak out to you reader.

Many will swiftly say it's racist, but how can one be racist towards something that no longer is (Latin/OF). What I am merely saying is that we can not loose where the English Tongue truly stands at its groundlayings. We must hold onto what we have left of English so it doesn't die. There is nothing wrong with holding onto the English way. If we abide by what is befalling English today, it will be no more. Chaucer and the Great English Writers did not die for this!

A word should hint at its meaning.

This is something else I would like to bespeak. Words should not merely be words, but should show meaning to the reader and listener. In Latin, words showed their meaning, and English also has all the tools to do so. Words should not be hollow shells of bookstaves (letters). I call these words "Hollowwords."

Hollowword (n.) = A word taken in from a speech's kintree that is not one's own without oversettings.

IF I SHOW YOU THIS WORD "ornithology" WHAT DO YOU THINK IT MEANS? How about I show you "birdlore". Now you can see how open and meaningful the latter word is! Words like the former latin one make me laugh since there truly is no meaning to them in English, and they don't even look English. There are heaps and swarms of manifold words like the Latin one I now showed you inset into English. Bemark that -lore means the same when it stands alone.

What happened to English's cunningness and skill in making words. Think about the word Breakfast, "to break one's fast," or Pancake "a cake made in a pan." These words show the skill of the English Speech. Where is that craft now? Here are some great English words that we should give aught to.

Etymology is akin to wordlore

Ichthyology is the same thing as Fishlore

A millenium is a Yearthousand (NHG. Jahrtausend, Du. jaarduizend, and even more form Swed. Nor, Ic.).

A century is a Yearhundred (NHG. Jahrhundert, Dan. arhundrede, and even more from Ger. speeches).

A Dictionary is a wordbook. (Already an English word)

A Pronunciation Dictionary is an Outspeechwordbook (kindred word towards Germanish speech. Outspeech from outspeak = to utter/ speak out/ pronounce)

A Translation Dictionary is an Oversettingwordbook (kindred word towards Ger. speech)

An exclamation mark is a Loudtoken,

For something to be obvious is to be Opensightly (also an adv., NHG offensichtlich)

For something to be apparent is to Eyeshinely (also an adv.. NHG augenscheinlich, Du. ogenschijnlijk)

A verb is a Workword (Du. werkwoord, meaning "A word that works")

An adverb(to-the word) is a Byword (Du. bijwoord, a word by another word, or a word linked to another word). (This word is already in English)

Radioactivity is the schon (beautiful) word of Lightrotting.

The Latin hallowwords I've shown have no weight to them. They are sheerly shells of bookstaves that do not hint at any meaning to the word whatsoever. The English words that I have put forth show their meaning, and I think these words are weighty. The English Wordstock should be English, and our wordstock should show meaning and should be Understandworthy. It is this that I believe is weighty and foremost in English Speech.

The only way for English to be spared, is for you to speak, write, and hold onto True English words.

Here are some forefastenings (prefix) and afterfastenings (suffix) I have put forth... Edit

Now bear with me for an eyeblink, but I think the Germanish/ English Ge- would be great and worksome for us. This prefix would be something fun and a great help.  Edit

1. Perfectiveness, completeness, wholeness. In some nouns and verbs, the perfective outcome/result (done action).

2. Collectivity, association with, or togetherness with something or someone (Latin co-/com-/con-). Said as "geh" (hard g like in “forget”) and not "yheh"( like in OE). This would be kind of a "withbirth" (rebirth) or a youthening of a prefix. Weight falls on the word following “Ge-”.

The thing associated with one’s sight, the thing that is seen, one’s apparition, the vision (as in something seen). [NHG. Gesicht, Du. gezicht, West Frisian gesicht] (Eng.)

Okay, let me unfold this word to you. This word “Gesith” is already in English (though only for historical sakes). A “sith” is a sending or a journey. The “Gesith” are the ones who send together with us, our “with/together-journeyer,” (comrades), and “-ship” means “onehood/ union”.[off ofNHG.Gesellschaft].(Eng.)

Gemind (v./n.) = To commemorate, remember/ The memory, remembrance (To perfectively and completely mind on something. The thing associated with the mind. (Eng.)

Geweight (n. “ge- + weight”) = Gravity. (The complete, whole, collective weight that weighs us down on Earth. The thing associated with weight)

This is being thought over for now...

is the nearest one to "re-" Byspel: withcall = recall and withstand = resist

Bemark that the above word is only a byspel that I came up with. I am wis (sure) that is has never been brooked.

Also Gainstand is already an English word (Seen mostly in Brit. though). Gain- (against) + stand which means to counter-act. Gainstander would be one who withstand or opposes you (objects to you).

>>be- (builds verbs out of nouns and adjectives) = to make or become, to be about/ on.

Byspel: bewrite/ betell = to write / tell about (this means describe).

--> be- can be found all about in English even today. (befriend, beloved, bestir, bespeak, beleaguer...)

Byspel: byspel = by- + spell/spiel/speech this means "example" and is already and English word. Byspel has started to be brooked somewhat even today (see wiktionary for byspel). Let's make this widespread!

out- = to be on the outside/ to surpass or exceed

a- builds v/adj. = that have strong/heightened feeling (abide = to continue longly)

Umgangspeech (n.) = the speech that is around somewhere (the vernacular) (NHG umgangssprache)

Umship v. = To ship around (circumnavigate)

-fold adj. = show multiplied quality, times one has to do something (Onefold = Simple/easy)

-ware  (makes n.) = shows the making or stuff of something (like glassware)

through- = only some trans- words

Byspel: Throughsighty = can be seen through [transparent: Latin trans- (through) + pareo (be seen)] . (cf. NHG Durchsichtig)

It is smarting to see how there is no selfhood for English Speech, But there is SELFHOOD in all other Germanish Speech! How can English be left behind while the others hold their Speech near a dear to their heart? English has all the tools, but how can we choose to throw them away? I have shown you what we can do with English. English is fun and great! We must not forget nor lose our English roots. I believe words are foremost. What I'm forseeking(see for- byspels) to say is that words are weighty... they have weight to them. What we speak are words, and those words have tales behind them. Why speak outland words when we have everything we need? English is a Germanish Speech and nothing else. Our speech can be so meaningful. We must bring up and beshine(shine about, give light to) True English words.

Now, earnest talk. I think we should not be dusting off Old English words for True English words that we already have today. We do not need Old English for words that can be made through today's True English Words. If we wrote Old English words, no one would understand anything and English would dwindle further. We should also look towards our Dutch/Deutsch brothers and sisters to make and beshape words that were forlorn and lost in time (like the words Undershed, beweigh, and the others I've shown.) Something that also worries me is that this English Sheerspeech-belief is not widespread enough. If we do what we can, and forseek our hardest, maybe, maybe, something will happen, but I can not besteady(make steady, confirm) that.

Retrieved from "https://anglish.fandom.com/wiki/User:Wordforword?oldid=39104"
Community content is available under CC-BY-SA unless otherwise noted.